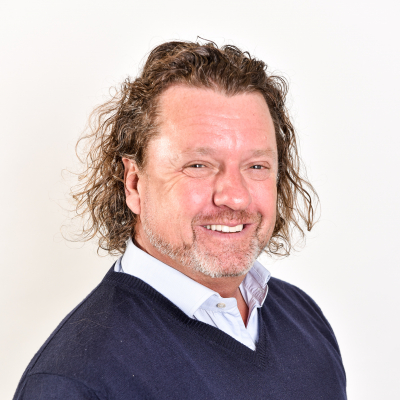 David is the third generation of the Kempley family’s ownership of Troy Foods and has been the entrepreneurial driving force behind our growth over the last 25 years. Never afraid of hard work, he was often found working hard on the shop floor, sleeves rolled up (not literally of course) and getting stuck in with the relatively small production team in those days. David could transition quickly from working on the shop floor to developing customer relationships with the business to business clients we were dealing with at the time.

As the business aspiration grew and retail clients became a bigger part of our future, David had a knack of picking strong individuals to develop the business alongside him, steering the team though expansion, relocation and progression. A keen advocate of demonstrating that a family business is more than just for profit, he has and continues to invest heavily in equipment, facilities, people, systems and awards, being immensely proud of the company’s achievements in quality, health and safety and people development. He remains active in the business and has an inherent entrepreneurial spirit guiding our development and providing direction to his son James for the next phase of our growth.

His drive for success extends beyond that achieved at Troy foods, having additional business interests; he was recently part of the Great Britain shooting squad, taking Gold in the world championships. Married with four children, during the game shooting season he is often to be found in a muddy field.